What is Amazon DocumentDB?

All Articles:Home/What is Amazon DocumentDB?

What is Amazon DocumentDB?

Amazon DocumentDB is a managed proprietary NoSQL database service that supports document data structures and has limited support for MongoDB workloads, with some compatibility with MongoDB version 3.6 (released by MongoDB in 2017) and version 4.0 (released by MongoDB in 2018). As a document database, Amazon DocumentDB can store, query, and index JSON data.

A document database is a type of Non Relational Database That Is Designed To Store And Query Data As Json-Like Documents. Document databases make it easier for developers to store and query data in a database by using the same document-model format they use in their application code.

DocumentDB claims to support the MongoDB 4.0 API, which implies that it is at parity with MongoDB v4.0, released back in June 2018. Actually the DocumentDB 4.0 feature set still closely resembles early MongoDB 3.0 and 3.2, released in 2015, and compatibility testing reveals it fails 66% of the MongoDB API correctness tests. Applications written for MongoDB will need to be re-written to work with Amazon DocumentDB.

DocumentDB supports role-based access control. This helps in implementing least privilege by limiting  what users can access and do.

DocumentDB provides cloudwatch analytics for cluster and instance performance in areas such as computation and memory.

Catalogs – e.g products in an ecommerce application have different attributes, each product’s attributes can be described in a single document for easy management and faster reading speed. Changing the attributes of one product won’t affect others.(compared to using a relational database to store these attributes.) 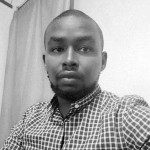